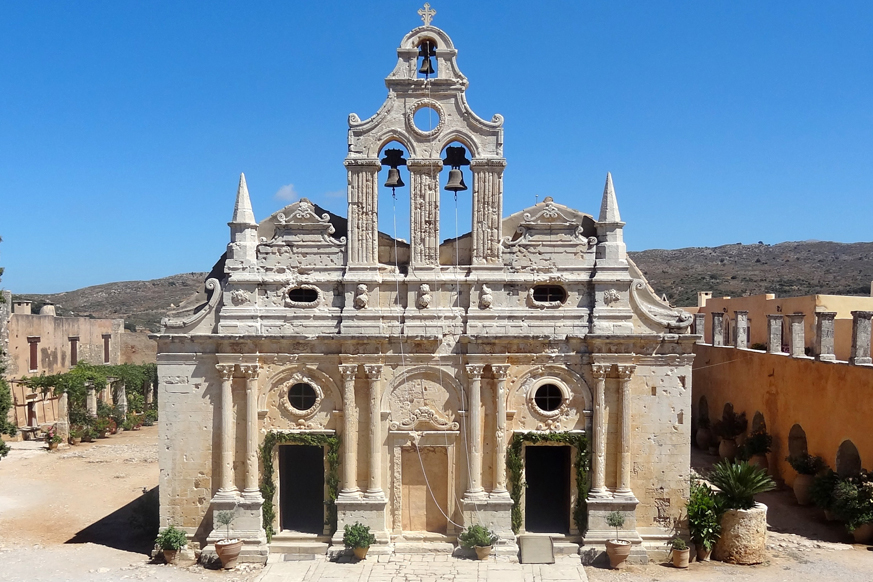 Just a 25-minute drive from The Syntopia Hotel, Arkadi Monastery is one of the most important historical sites in Crete. Steeped in history (the monastery dates back to the 13th century) this is a place where the echoes of the past still sound.

For Cretans today the monastery is a place of pilgrimage, and has been since 1866, when war  between Cretans and the occupying Turks resulted in a tragic sacrifice. And it’s a story that forever inspires Cretan identity.

The Holocaust of Arkadi
To understand the significance of Arkadi, one must go back in time to the mid-19th century. This was a period when the Cretan people were engaged in a brutal conflict with the Ottoman Empire, who had ruled Crete since the 1700s. In 1866, Cretans rose up against their Turkish oppressors (one of seven major uprisings that took place between 1770 and 1897), and in November 1866, Arkadi became a focus of the conflict. That month, fifteen thousand Ottoman soldiers besieged the monastery, which was giving refuge to more than nine hundred people – mostly women and children.

Outnumbered by Turkish forces, after three days of savage fighting, and with Turkish troops having broken through into the walled compound, the situation had become hopeless; on the and order of the abbot, the defenders of the monastery ignited a store of gunpowder, in one last brutal act of defiance. Of the 964 people in the monastery at the start of the battle, 846 were killed in combat or at the moment of the explosion.

While this horrendous self-sacrifice did not win the battle, or the war, (the Ottomans continued to rule Crete for more than 30 years), the actions of the defenders of Arkadi brought huge global attention to the cause of Cretan independence, and eventually this would lead to Crete’s unification with Greece in 1913.

Main sights
The monastery’s most iconic building is its 16th century Venetian church, which survived the battle of 1866. It was built in 1587 and was heavily influenced by the Renaissance art. It’s a work of the Italian architects Sebastiano Serlio and Andrea Palladio. Spending time inside this spiritual place, beside its ancient icons is a humbling, poignant experience. 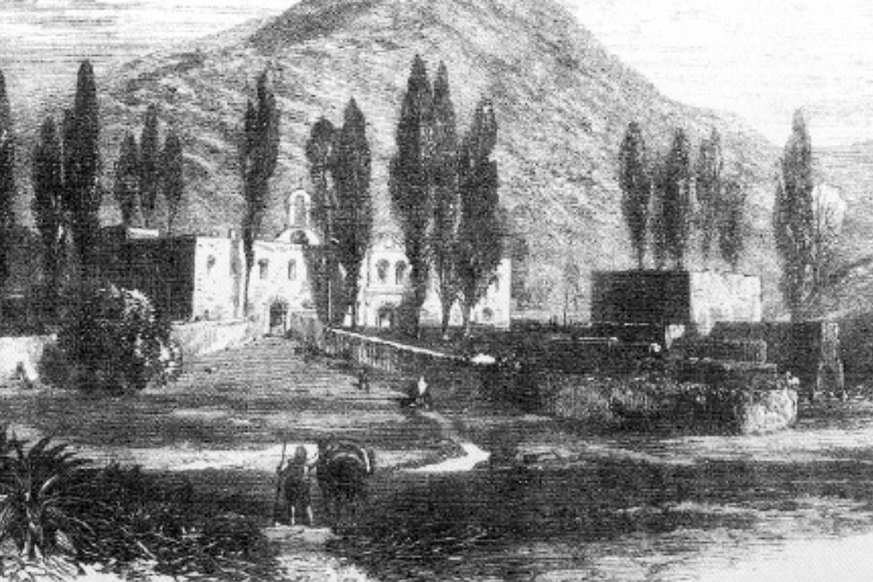 Illustration of Arkadi in the 19th century

Just outside the monastery, not far from the old windmill is an ossuary containing the skulls of the 1866 victims. At the northeast corner of the monastery you can visit the gunpowder store that used to be the monastery’s old wine cellar, where the holocaust of Arkadi took place. There is also a small museum which hosts various heirlooms.

Today Arkadi is a national sanctuary in honour of Cretan resistance. Every 8th of November, a commemoration takes place at the monastery and in Rethymno, remembering the tragic events that changed the course of Cretan history forever.

Located near the village of Amnatos, 23km east of Rethymno, the monastery is open daily from 9am – until 4pm in winter, and until 8pm in summer. On Sundays it opens at 10am. Admission €3. Arkadi may also be reached by KTEL public buses. Visitors should cover their legs and shoulders as a mark of respect.