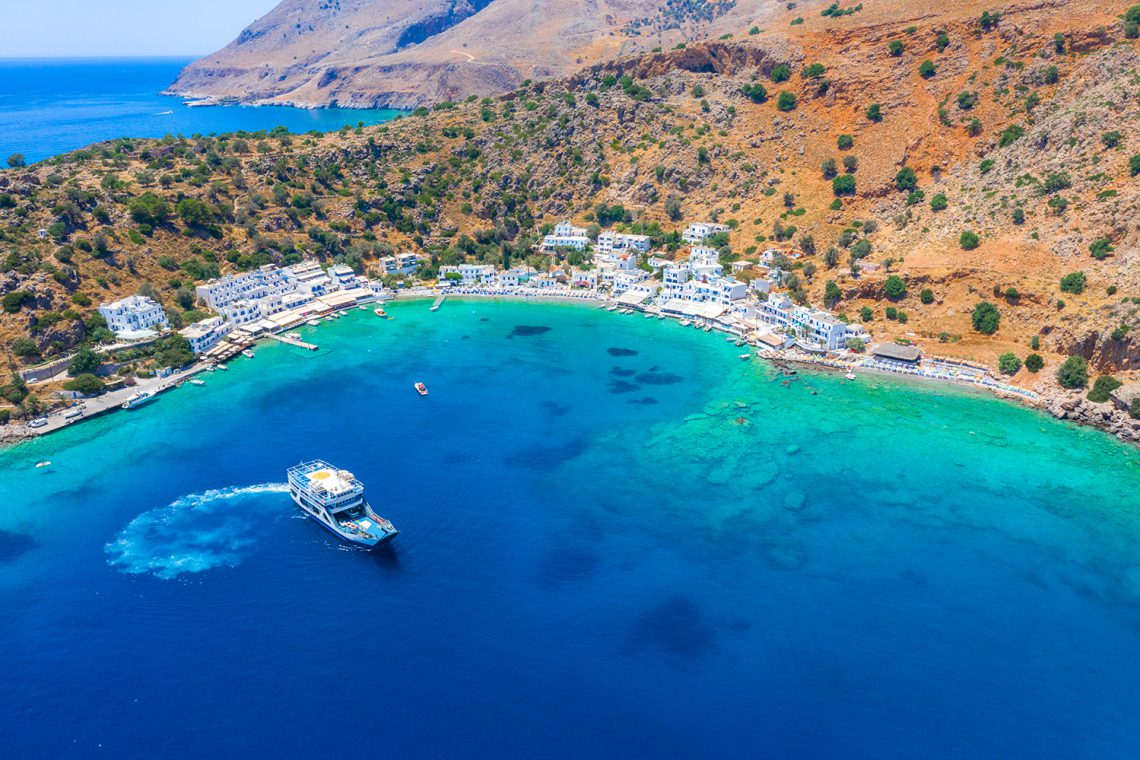 Into the blue: the ferries of south west Crete make for unforgettable adventures

On a late afternoon in early spring there aren’t many passengers disembarking the Samaria ferry at the windswept jetty. The sun is setting and the tiny harbour is in shadow as the ramp goes down, with a deep metallic thud on the concrete slipway. A few cars and trucks pick their way off, and beside them a handful of locals and intrepid hikers amble towards the laid-back village of Sougia on Crete’s south coast.

It may only cost a few euros, but make no mistake, on a calm, sunlit sea, taking one of these ferries, run by the Anendyk company, that ply this coast, is one of the great Mediterranean travel experiences. Below the southern edge of the White Mountains, the flat-bottomed Samaria and its sister ship the Daskalogiannis are the lifeline of the tourist industry here. Anendyk’s ferries connect Sfakia and Paleochora, with stops at Loutro, Agia Roumeli and Sougia, and with more than 140,000 hikers a year walking down the Samaria Gorge, it’s all down to Anendyk to pull them out at its southern exit.

Also running a daily service from Sfakia to the island of Gavdos (Europe’s most southerly point, the next stop is Africa!), Anendyk’s services reach as far as Plakias and Agia Galini in the Rethymno region.

And don’t worry, getting a ticket is a breeze; just rock up at the harbour-side ticket booth in good time before your sailing. Anendyk recommends an hour before, which gives just enough time to chill at a waterside cafe before heading onboard. Sfakia is the main hub for Anendyk, which operates five boats – the two ferries (Samaria and Daskalogiannis) that take cars, and three smaller passenger-only boats.

Anendyk’s ferries run all year round but April 1 to October 31 sees the most sailings per day, with the winter timetable much reduced. Routes and timetable in English can be found at anendyk.gr

Watch out for the weather. High winds and high seas can affect the ferries’ operations and cancellations do happen.

Next Post
Wild Sfakia: adventures on the south coast 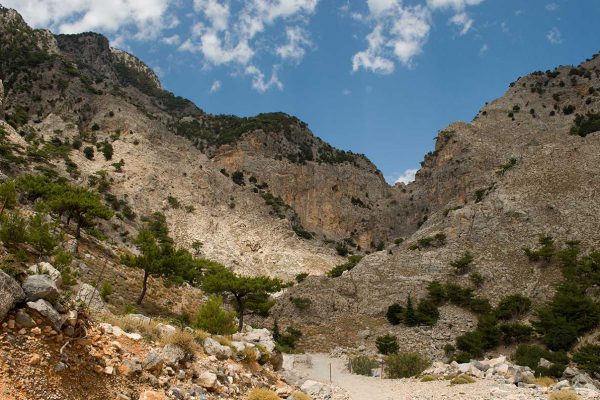 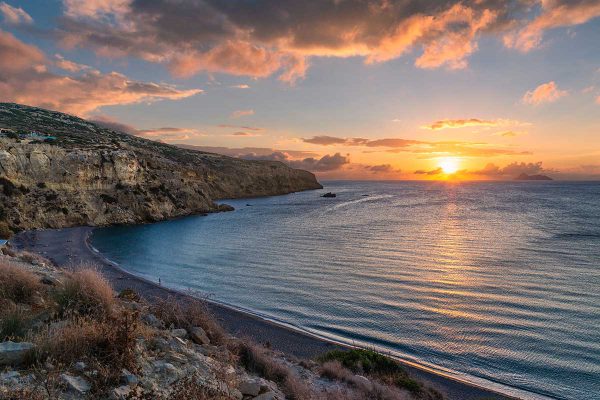