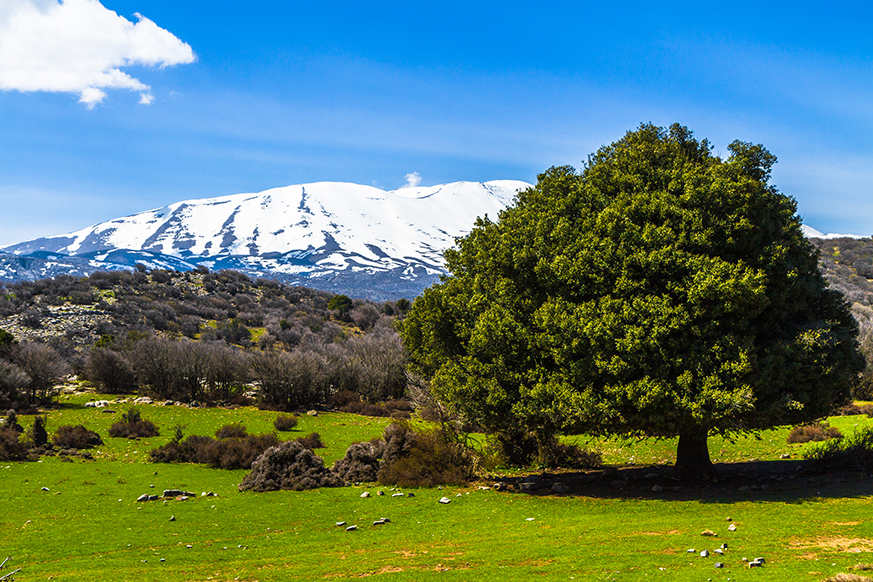 Crete’s largest mountain dominates Rethymno province’s eastern edge. No mountain in Crete comes more majestic than Psiloritis, with its legends dating back thousands of years. Also known as Mount Ida, for many, ascending to its 2456-metre summit is the ultimate Cretan adventure. Its lower slopes and foothills also provide stunning and more accessible hiking opportunities.

Trekking Psiloritis is physically demanding. It’s not a walk in the park. A successful ascent is completely dependent on weather conditions, your experience, and your level of fitness. From December to early April the summit is usually covered with snow, and conditions can be extremely dangerous. Only experienced climbers with proper equipment should consider climbing during these months. It should never be attempted alone.

Seasoned Psiloritis trekkers recommended just three different routes to the summit: two from the eastern side of the mountain – via the villages of Livadia or Anogia, and one from the west, driving first to Lochria in the Amari Valley. 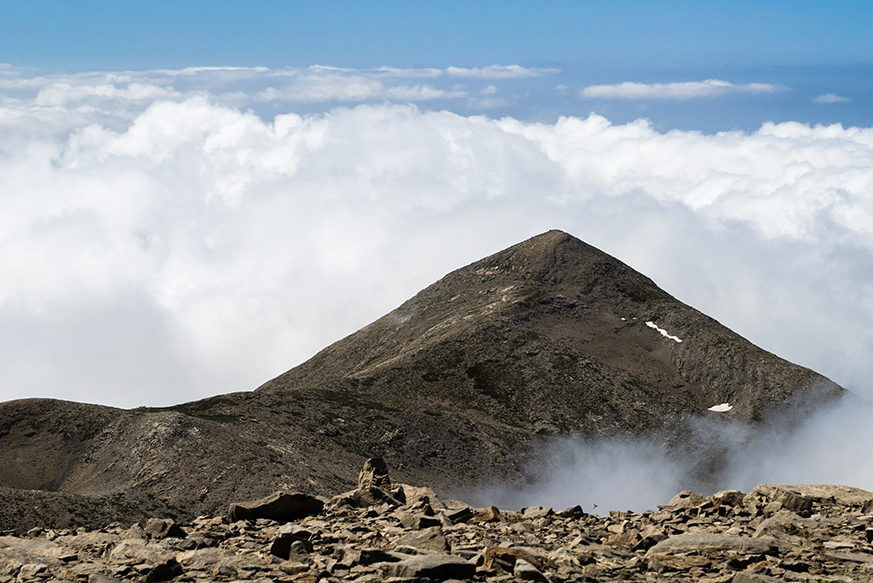 Timios Stavros – the summit of Psiloritis

Via Livadia
From Livadia take the road to Lakkos Mygerou, a small plateau at 1700 metres.
You’ll pass one of the most picturesque mitata (shepherds’ stone houses) in Crete at Kakioros, before following a well-marked trail that ascends and after two hours joins the E4 European walking path. Total hiking time to the summitand back will be about 6 hours.

Via Anogia
From Anogia you’ll need to take the road that ascends from the town, passes the archaeological site of Zominthos and skirts the Nida Plateau. The asphalt road with awesome views ends at car park with a taverna. A kilometer beyond is one of Psiloritis’ most famous features – the Ideon Cave – where according to legend, the god Zeus was raised as a child. Then it’s uphill all the way to the summit. Hiking from the Nida Plateau, the return trip will take 8 to 10 hours.

Via Amari
To ascend from the village of Lochria in the south of the Amari valley, you’ll need a four-wheel drive vehicle. The asphalt to the beautiful oak forest of Kouroupito is easy enough, but from Lochria you’ll need to take the unmade road up to Koumos, beyond the reach of basic hire cars. From Koumos there’s a marked path to the summit. This route, there and back, will take about 5 hours.

The best months to hike Psiloritis are May to September, and the safest, most reliable way to make it to the top, is with a professional guide. It’s also the only way to get real insights into the natural environment and rich local traditions of the area.