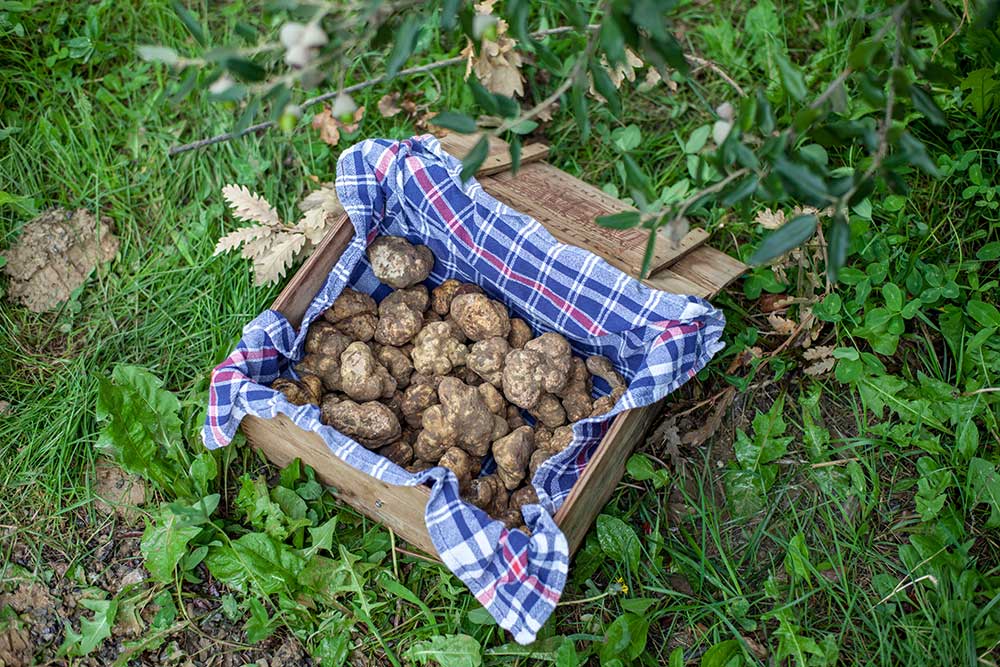 There’s no crop more valuable than the truffle, and few people know that Crete has its secret places where gastronomy’s “black diamonds” hide their precious bounty. Truffle hunting is relatively new in Greece, although research dating back to 1854 identified some ten species of hypogeous fungi growing in the country. Since 1854, local truffle hunters and mushroom gatherers detected about ninety more species, bringing the estimated number of truffles and truffle-like fungi on Greek soil to 100.

Truffle hunter Christos Plesiotis (a collaborator of the Natural History Museum of Meteora and Mushroom Museum) and his truffle-hunting dog Brio unearthed Europe’s second-largest white truffle – Tuber magnatum – in 2017, on mainland Greece. The truffle had an estimated weight of 510 grams – quite the record compared to other tubers of the same species that are usually 50-150 grams.

Although most of Greece’s tubers grow on the mainland, Crete offers optimal conditions for their spread and cultivation. Since truffles grow underground, attached to various trees’ roots, only experienced truffle hunters can find them. Truffle hunters don’t just share the harvesting grounds with everyone because these underground fungi are incredibly sought-after, and their price per kilogram can reach up to 10000 €.

The truffle-hunting season on Crete island starts in spring and can last until October – coinciding with the tourist season.  Since truffles are quite expensive commodities, the tours available to experience truffle-hunting in Crete are on the pricier side, too: they are luxury adventures. You can enjoy a truffle-hunting tour on the eastern side of the island, at the heart of the Lassithi Plateau.

An experienced truffle hunter and his truffle-hunting dogs will guide you to the “secret” gathering grounds in a tour that will last about one and a half hours, ending with a pasta or risotto dish enhanced with the gourmet fungi.

On Crete, you will go hunting for summer truffles, Tuber Aestivum  (nicknamed in French, Truffe de la Saint-Jean), with subtle aromas and an earthy chocolaty flavor when cooked. These tubers thrive in the wild among the roots of poplars, elms, and oaks. The summer truffle resembles the black winter Périgord truffles (Tuber melanosporum) in shape and skin coloring, but it has paler flesh (gleba) and sutler flavor. It is still a delicious addition to all kinds of culinary creations. Even extra-virgin olive oil from Crete enhanced with summer truffles counts as a delicacy. Consider purchasing a bottle to take back home as a souvenir before you leave Crete.

Previous Post
Blessing the waters: the meaning of Epiphany

Next Post
Syntopia: More Than a State of Mind 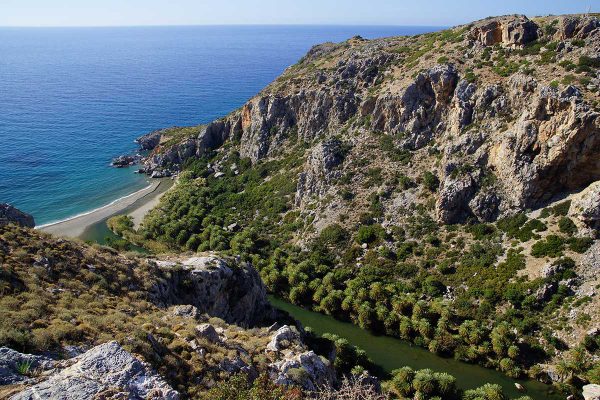 Couple Vacations and Things to Do on Crete Island 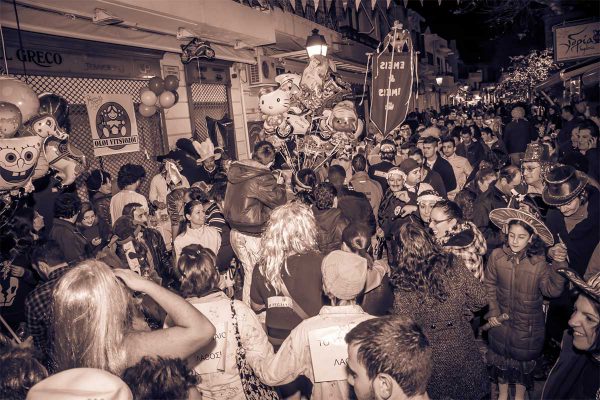